April 15 a Good Reminder to Avoid the Estate Tax Trap

During tax season, I’m reminded of Ben Franklin’s old saw:  nothing is certain in life but death and taxes.  As we approach the dreaded April 15, many of us are focused on our income tax returns.  Still, many people also wonder or worry about whether, upon their deaths, “estate tax” will be due.

What is the Estate Tax?

When we hear the words “estate tax,” we might think they can’t possibly apply to us, but only to very wealthy people, like Warren Buffett.  Not necessarily.  The government imposes a tax on the transfer of your wealth at death.  Estate tax is the amount that your estate will owe the government, and is calculated by the value of all the property you owned at your death.

Right now, the federal government’s estate tax does not apply unless you own at least 5.45 million at death.   Relatively few of us have to worry about this.

The bad news is that Massachusetts is one of the states which impose its own separate estate tax, which is imposed if you die owning $1 million or more.  The graduated tax rate can run as high as 16%, which can be a significant sum that you will not be leaving to your family.  Massachusetts seniors with taxable estates often migrate to Florida, not only for the warmer weather, but because Florida has no state estate tax.

Who Pays? – Your “Taxable Estate”

Some people ignore the issue of estate tax because they don’t think of themselves as a “millionaire”.  But remember that this tax is imposed on your “taxable estate,” which includes your home and/or vacation home, death benefits payable on any life insurance policies you own (i.e., not the cash surrender value), and any balances paid out of your retirement accounts (e.g., IRAs, 401ks) when you die.   If you total up these assets, or project their future value, you may easily exceed the $1 million threshold for paying estate tax, even though we don’t feel like millionaires.  So do the math.

Ways to Reduce your Taxable Estate

If you think you exceed, or will exceed, the threshold, there are ways to avoid or minimize paying estate tax, but you have to plan ahead.   You can’t just give away large assets to your family during your lifetime so they won’t be included in your taxable estate.   But the government will allow you to make many “small” gifts ($14,000, or $28,000 for spouses) every year, and you can give that amount to as many people as you want, even to non-family members.  You also can make direct payments to a college or medical provider to pay for someone’s tuition or medical expenses, even if the gifts exceed $14,000.   Over time, this repeated annual gifting can reduce your taxable estate dramatically, while still using your property to help your family.

Married couples can protect up to $2 million from estate tax, provided they use the right estate plan, and not “simple wills.”  Although you can leave any amount to your spouse tax-free on your death, each spouse has their own $1 million tax exemption“coupon,” which can shelter that amount of assets from estate tax.   Married couples can leave any amount to their spouse tax-free, using the unlimited marital deduction.  But if they rely only on the marital deduction, the first spouse dies without using their $1 million coupon, and it was wasted.  The surviving spouse will then own $2 million when he or she dies, but will have only their own $1 million “coupon” left to use.  Estate taxes will be due.

To avoid this result, an estate plan can provide that the coupon of the first spouse to die will be used to shelter $1 million of their assets, which will then be placed tax-free into a “bypass” trust.   The surviving spouse can still use the money in the bypass trust during their lifetime, but later, the surviving spouse can use their second “coupon” on the remaining $1 million of assets.  Result: no estate tax paid on $2 million!

Finally, your ownership of life insurance policies that will pay out large death benefits to your family may expose you to estate tax.   Who owns the policy is usually not that important.  If you create an irrevocable life insurance trust to act as owner of these policies, your family will still get the proceeds without your estate paying estate tax.

Although death and taxes may be certain, you can do something proactive to avoid death taxes.

WASHINGTON — The Internal Revenue Service today reminded taxpayers who turned 70½ during 2015 that in most cases they must start receiving required minimum distributions (RMDs) from Individual Retirement Accounts (IRAs) and workplace retirement plans by Friday, April 1, 2016.

The April 1 deadline applies to owners of traditional (including SEP and SIMPLE) IRAs but not Roth IRAs. Normally, it also applies to participants in various workplace retirement plans, including 401(k), 403(b) and 457(b) plans.

Affected taxpayers who turned 70½ during 2015 must figure the RMD for the first year using the life expectancy as of their birthday in 2015 and their account balance on Dec. 31, 2014. The trustee reports the year-end account value to the IRA owner on Form 5498 in Box 5. Worksheets and life expectancy tables for making this computation can be found in the appendices to Publication 590-B.

Most taxpayers use Table III  (Uniform Lifetime) to figure their RMD. For a taxpayer who reached age 70½ in 2015 and turned 71 before the end of the year, for example, the first required distribution would be based on a distribution period of 26.5 years. A separate table, Table II, applies to a taxpayer married to a spouse who is more than 10 years younger and is the taxpayer’s only beneficiary. Both tables can be found in the appendices to Publication 590-B.

Though the April 1 deadline is mandatory for all owners of traditional IRAs and most participants in workplace retirement plans, some people with workplace plans can wait longer to receive their RMD. Usually, employees who are still working can, if their plan allows, wait until April 1 of the year after they retire to start receiving these distributions. See Tax on Excess Accumulation  in Publication 575. Employees of public schools and certain tax-exempt organizations with 403(b) plan accruals before 1987 should check with their employer, plan administrator or provider to see how to treat these accruals.

The IRS encourages taxpayers to begin planning now for any distributions required during 2016. An IRA trustee must either report the amount of the RMD to the IRA owner or offer to calculate it for the owner. Often, the trustee shows the RMD amount in Box 12b on Form 5498. For a 2016 RMD, this amount would be on the 2015 Form 5498 that is normally issued in January 2016.

IRA owners can use a qualified charitable distribution (QCD) paid directly from an IRA to an eligible charity to meet part or all of their RMD obligation. Available only to IRA owners 70½ or older, the maximum annual exclusion for QCDs is $100,000. For details, see the QCD discussion in Publication 590-B.

For more information on RMDs, including help in calculating what your RMD should be, please contact our office today. 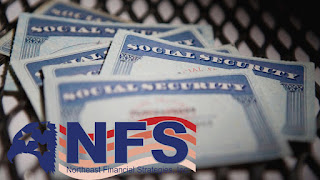