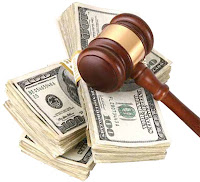 The Internal Revenue Service has been investigating and helping prosecute a number of tax preparers in Southern California who have been cheating the government and their clients.

As the tax filing season is in full swing, the IRS noted that it’s important for taxpayers to find honest, qualified tax professionals if they need tax preparation assistance. Taxpayers are legally responsible for what’s on their own tax returns even if prepared by someone else. Choosing a dishonest tax preparer can be costly as dishonest tax professionals may, for example, place fictitious information or false deductions on their client’s tax returns resulting in an inflated refund.

The IRS Web site at http://www.irs.gov/index.html provides various tips in what to look for—and what to look out for—when choosing a tax professional. Tax professionals must now have a Preparer Tax Identification Number. Use of the PTIN is required on all federal returns prepared by paid tax return preparers starting on Jan. 1, 2011.

“Return preparer fraud is a priority for IRS Criminal Investigation and we have committed many resources to investigating and prosecuting these types of cases,” said Leslie P. DeMarco, special agent-in-charge at the IRS Criminal Investigation division’s Los Angeles field office. “Taxpayers should be very careful when choosing a return preparer. You should be as careful as you would in choosing a doctor or lawyer. It is important to know that even if someone else preparers your return, you are ultimately responsible for all the information on the tax return.”

In addition to being on the alert for abusive return preparers, the IRS is encouraging taxpayers to visit the IRS Web site for the latest updates on tax schemes and scams and what to avoid. Some of these scams include fictitious emails supposedly from the IRS. The IRS does not send out unsolicited emails or ask for detailed personal and financial information via email.

Taxpayers should also be careful of employment tax schemes where an employer wrongfully classifies the employee to eliminate the withholding and payment of employment taxes. This scheme can affect the employee directly who may see future benefits such as social security, unemployment compensation and Medicare greatly reduced or eliminated.

Tax Preparer Serving Life Sentence Gets 37 Months – After receiving a life sentence for his involvement in attempting to overthrow the Cambodian government, Yasith Chhun was sentenced Monday afternoon in federal court to 37 months imprisonment, to be served concurrently, for tax fraud charges.

On Nov. 13, 2008, Chhun pleaded guilty to charges that he conspired to defraud the United States and that he aided and assisted in the preparation of false tax returns.

Chhun was the owner of CCC Professional Accounting Services in Long Beach, Calif., a tax preparation business. Chhun prepared federal income tax returns for members of the Cambodian community who were often on welfare or another form of government assistance.

Chhun assisted in the preparation of federal income tax returns for clients that falsely stated the clients earned between $8,000 and $10,000 as income for sewing work— and requested an Earned Income Tax Credit of between $2,000 and $3,000 per return— when, in fact, the clients did not earn such income and were not entitled to the requested EIC. In total, the improperly claimed credit from the numerous fraudulent federal income tax returns was more than $400,000.

San Bernardino Preparer Sentenced to Serve 5 ½ Years in Federal Prison – Robert Dean Larsen, a tax return preparer who operated a return preparation business in Apple Valley, was sentenced on Feb. 7, 2011 to spend 66 months in federal prison after pleading guilty to charges that he conspired to defraud the United States and that he aided and assisted in the preparation of false tax returns.

Larsen, who operated Larsen’s Tax Pros at various locations in San Bernardino County and operated Laza’s Tax Service in Apple Valley, admitted in his plea agreement that, from 2002 to 2006, tax return preparers at his businesses filed at least 1,162 tax returns with the IRS that were false claiming refunds totaling over $3.6 million.

El Segundo Tax Return Preparer Sentenced to 24 Months in Federal Prison – Gene S. Wong, who operated a tax return preparation and bookkeeping business known variously as “TaxLAX”, “Tax 4 Less”, and “GW Accounting & Bookkeeping Center” was sentenced on Aug. 9, 2010 to spend 24 months in federal prison after previously pleading guilty to charges that he willfully failed to file his personal income tax return for 2005 and that he filed false claims for tax refunds on behalf of his clients. Wong was further ordered by U.S. District Judge Christina A. Snyder to pay restitution totaling $255,236 to the IRS.

West Covina Man Pleads Guilty to Preparing a False Tax Return Filed with the IRS – Nestor Bermudez pleaded guilty on Jan. 24, 2011 to preparing and submitting a false tax return in the name of another individual to the IRS.

In his plea agreement, Bermudez admitted that he agreed to prepare false and fraudulent tax returns in exchange for a fee of up to $500 per tax return. Thereafter, another individual provided Bermudez with the names, dates of birth and Social Security numbers for 127 persons in whose names Bermudez prepared tax returns. The returns were false in that they falsely reported filing status, income, and number of dependants and falsely claimed tax refunds based upon the earned income tax credit, child care credit and/or recovery rebate credit. The information reported on the tax returns, including filing status, amount of income, and number of dependants was necessary to determine whether any tax was due.